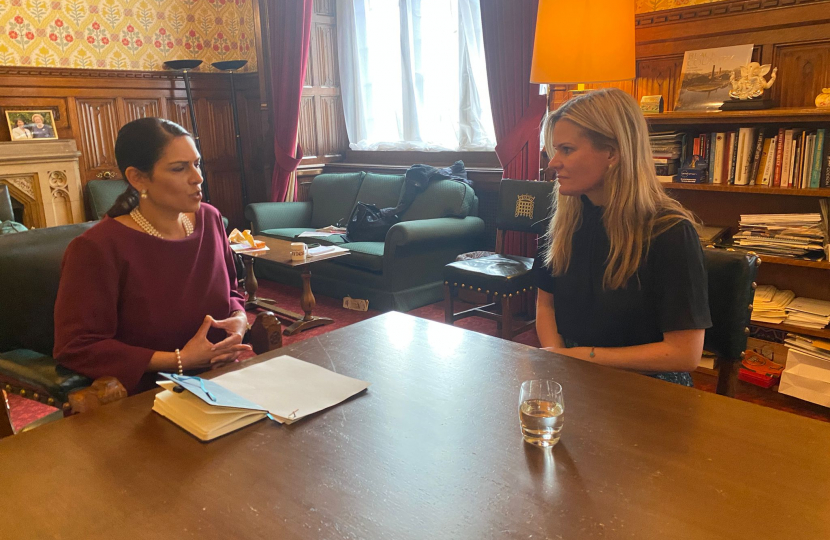 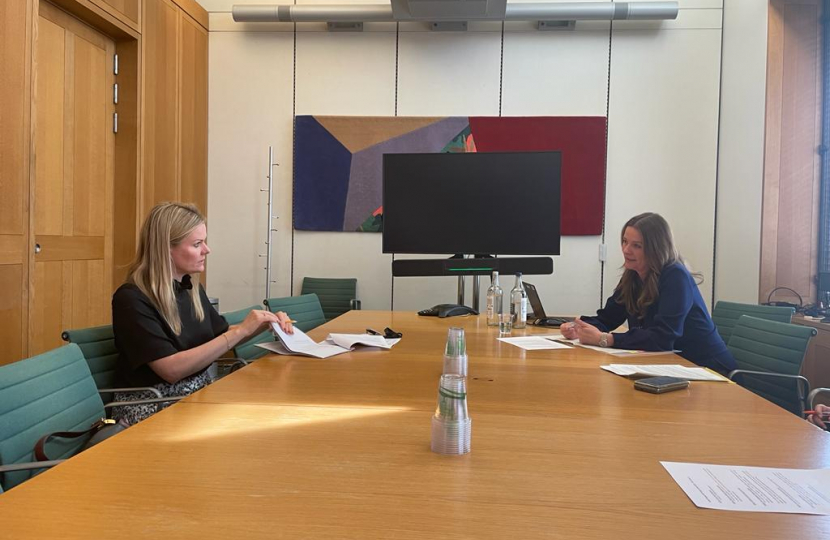 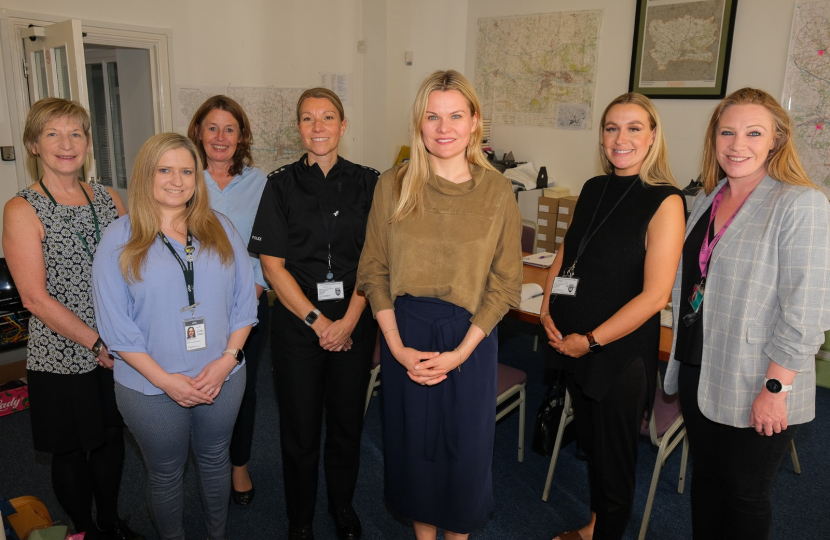 It is such a joy to see the bunting festooned across West Berkshire as we gear up for a four-day bank holiday to celebrate the Platinum Jubilee. The range and scale of local events is a testament to the great esteem in which the Queen is held in West Berkshire and I want to wish everyone a fantastic celebration.

I would also add that I am so glad that the Queen has returned to full health after she was unable to undertake the State Opening of Parliament earlier this month. (I think it was only the third occasion when she had ever missed it). But it was an honour to watch Prince Charles undertake the duties on her behalf.

Cost of Living
I am keenly aware of the pressure that inflation is putting on households in West Berkshire and beyond. It is the first time in my lifetime that inflation has neared double-digits and seen household bills spiralling over a matter of months.

As I’m sure you are aware the invasion of Ukraine has been a key driver. Imposing exceptional economic sanctions and an effective energy blockade on Russia was inevitably going to impact on global energy prices.

Up until last week, the Government had already put in place significant support, targeted at those on the lowest incomes. This included raising the National Living Wage to £9.50 (a 6.6% increase worth £1000 annually to someone in full-time work), adjustments to the Universal Credit taper rate making two million of the lowest earners £1000 a year better off and increasing National Insurance thresholds so that from July 70% of working people will pay less.  In addition to this, householders in Council Tax Bands A-D can claim a £150 rebate from West Berkshire Council.

However, I have had a number of meetings with the Chancellor to discuss the issues particularly effecting residents of Newbury, especially energy prices. Last week, he announced a further package of support that will see every household in the country receive a £400 cash grant to help with energy costs. A further £650 cost of living payment will be provided to every household on means tested benefits, £300 to pensioners in receipt of the Winter Fuel Payment, and a £150 supplement for those living with disabilities.

The package will be partially funded by a temporary Energy Profits Levy on the exceptional profits that have been made by oil and gas companies in the last year, raising £5 billion. However, this announcement will be worth far more.

The Chancellor has been clear that Government cannot solve every problem and our long-term focus must remain in securing sustainable domestic energy supplies. But the Government’s announcement does at least provide interim support, especially for those who need it most.

Transport Debate
During the recent transport debate, I spoke on three important issues affecting residents of West Berkshire. First, GWR’s disastrous changes to the Bedwyn-Paddington service which reduces the number of direct trains and significantly impacts the route from Kintbury and Hungerford. I am grateful to the Department for working with me to reinstate the 19.07 direct train from Paddington however I used the speech to reiterate the importance of restoring the service to full capacity at the earliest opportunity and ensuring the fastest possible change times in the months ahead.

I also raised (again) my local campaign to secure a direct north-south bus route between Newbury and Oxford, with stops at the major points along the A34 including the Harwell Science Park, Didcot and Milton Business Park. As many of you know I began this campaign well over a year ago, and am delighted that both West Berkshire Council and Oxfordshire County Council are in support and have made a formal request for approval to the Department for Transport. They have just published a residents survey (which will be fed into the DfT) so if you have a view on this route, do please contribute here.

Finally, I spoke about the opening of the Elizabeth Line on which I took an early trip shortly before opening. It is truly extraordinary that you can now travel from Newbury Station to Canary Wharf, in the heart of London Docklands, in an hour and that you can travel from Paddington to Liverpool Street in 10 minutes. I know this will improve the commute for many of the 5,000 of my constituents who work in London and it will open up very significant new opportunities for businesses and commuters in West Berkshire. You can watch the clip here.

Meeting the Health Minister to discuss CAMHS
My campaign to reduce wait times for Child and Adolescent Mental Health Services (CAMHS) continues. This month I met the Health Minister Gillian Keegan, to get her support for my campaign for a “12-month maximum” for any family seeking a Special Educational Needs [SEN] diagnosis in West Berkshire. You can also read my letter to her here.

I am also due to meet Will Quince, the Minister for Children, in the coming weeks to ask whether West Berkshire can be entered into a Government pilot scheme to offer SEN diagnoses directly in some local schools. I will continue to update you as this progresses.

Women’s Safety Roundtable
As I wrote in last month’s newsletter, earlier this year I conducted a women’s safety survey to find out more about this issue in West Berkshire. Following this, I held a women’s safety roundtable with the Thames Valley Police, West Berkshire Council, Claire Rowles our Safer Streets representative, the Newbury BID (Business Improvement District) and GWR to discuss how we achieve this and come up with a clear plan of action.

The meeting had an important resonance as it took place the week after the sentencing of Oliver Perry-Smith at Reading Crown Court. As you may well be aware, Perry-Smith was a Newbury Police Officer who abused his position by seeking out vulnerable women and inducing them into relationships over a five year period from 2014-2019. Sometimes he would wear his uniform when he was not on duty, and one young mother whose flat he turned up at one evening, said she believed he was going to rape her.  This is an issue that I have also taken up in Parliament with the Home Secretary.

I am very grateful to the Thames Valley Police for the way that they have engaged with me on this issue particularly on the steps that need to be taken to restore public confidence. I have suggested an information campaign that will clarify to the public what they can expect from a Police Officer who attends their premises or makes an arrest.

In addition, I made requests for more CCTV and lighting at certain points identified by constituents in the survey (including the Sainsburys underpass), and an increased night time police presence across Newbury. I was struck by the number of respondents who identified a number of areas of Newbury as ‘unsafe’: the underpasses near Sainsburys, the area near Burger King and the path along the A339 occurring the most. Our local area is, on the whole, a very safe place, so it was concerning to read so many respondents cite the fact that they often feel unsafe here and I think this is something that must be addressed.

Visiting Anesco
I had the pleasure of visiting Anesco with the Pensions Minister Guy Opperman to see the exceptional work they are doing in the solar and renewables energy sector. And to discuss their work, the future of the sector and the role of pension fund investment in our long-term effort to reach net zero.

Celebrating one of Newbury’s pioneers
The development of disability rights was incremental and many of its pioneers are now long-forgotten so it was honour to attend the Blue Plaque unveiling for Doris Page at her home in Wash Common. Despite years of serious poor health, Doris founded Independence At Home LLC – a charity that continues to provide support to people of all ages who have a physical or learning disability or long term illness and who are in financial need – and she was a key voice in the national campaign for a Disability Living Allowance.

Doris remains one of the most effective disability rights campaigners of her era, and I was delighted to join her son Brian, David Astor & Dave Stubbs to see her permanent memorial in Newbury.

Welcoming constituents to Parliament
Since the reopening of the Houses of Parliament, I have had the pleasure of being able to welcome constituents. This is something that I have really enjoyed doing as I think it is important that people see how our democracy works, the work that goes on in Parliament and can feed their ideas into their MP. These tours are a brilliant opportunity to achieve all three.