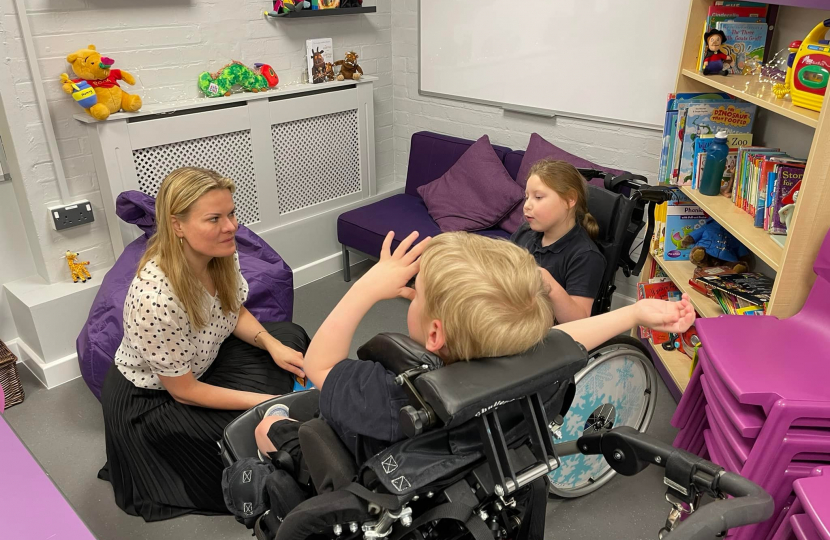 I write this newsletter six days after Boris Johnson’s resignation following the collapse of his Government.

Whilst I recognise he has some strong supporters in West Berkshire and can lay claim to significant achievements in office – of which I would put his response to the invasion of Ukraine and the vaccine roll-out at the top –  regrettably, it was time for him to go.

The conclusions set out in the Sue Gray report were devastating,  revealing a string of disastrous and unethical parties which had been planned in advance and which organisers knew to be wrong. Vomit up the walls, booze on the carpets, cleaners and security staff belittled while citizens endured the most severe restrictions to their personal liberties. The rules were not arbitrary.  They were decided upon by the Prime Minister and were there to save lives during an unprecedented public health crisis. Whether Mr. Johnson knew about all of this (which I accept still remains a matter of inquiry), he nonetheless presided over the culture that facilitated it. Ultimately the buck stops with him.

These were not the only issues that made his leadership untenable (the Owen Patterson debacle and promotion of  a known sexual predator being notable others) but were part of a sequence which had had a corrosive effect on public trust and made his leadership untenable. This was a view I had formed some months ago, and I was among the 148 Conservative MPs who voted against him on 6 June. You can read my comments in full in an article I wrote for the Newbury Weekly News last week here.

Leadership Race
As the leadership race enters its second week, I would be interested in hearing your views as to who would make the best Prime Minister of the final five. If you have a moment, I would be grateful if you could complete my survey to let me know your thoughts here.

The principal focus of my work has been the cost of living.

I have been working with various organisations, the Policy Team at No. 10,  the former Chancellor Rishi Sunak, and Children’s Minister Will Quince on policies to reduce the cost of childcare in the short-term, and to re-structure it altogether in the long-term.

I chaired a roundtable with the Fawcett Society, on their recent report and am delighted that some of the wider recommendations that I and other colleagues have made have now been adopted by the Government. If you or anyone you know would like to know what help is available, you can find out via this portal.

In last month’s newsletter, I wrote about the rising cost of living including the impact of fuel prices, which are – for some reason – higher in Newbury than in some neighbouring areas.

I am keenly aware of the impact that fuel prices have on household budgets and have been leading a campaign in Parliament (with others) to address this – to find out why there seems to be regional disparities in pricing and why some petrol providers do not seem to have passed on the Government’s 5p fuel duty cut.

Following my intervention, the Business Secretary wrote to the Competition and Markets Authority to request they undertake a review of fuel pricing with a view on the concerns I, and other MPs, had raised. The CMA published its initial findings last week which confirmed the regional price disparities which I am pressing on further.

You can watch my question to the Business Minister here.

Following my recent meeting with the Health Minister Gillian Keegan, I also met with the Childrens Minister Will Quince to further discuss my ongoing campaign to reduce diagnosis waiting times.

The Department for Education has recently announced a pilot programme to bring autism and ADHD diagnoses into schools, and I have asked whether West Berkshire primaries could also participate to secure faster results.

I have also asked for a meeting with the Care Quality Commission to discuss what they can do to better this situation and I await a response from the recently formed local Integrated Care Partnership (a new Government initiative to ensure joined-up and effective health and care for all).

In Parliament this month I presented my Sexually Motivated Manslaughter (Sentencing) Bill, a Private Members Bill that will set much tougher sentences for killers like Sam Pybus who got just over four years for strangling Sophie Moss to death last year (about the same as you’d get for pet theft). This was also not an isolated example, but part of a grim and recurring pattern where the perpetrator avoids a murder charge and ends up with a derisory sentence.

You can read more about my campaign in this article from The Evening Standard.

Over the Jubilee weekend (which seems so long ago now!), it was a pleasure to be able to pay tribute to the Queen with everyone from West Berkshire: lighting the Jubilee beacon in East Ilsley, announcing the prizes at the Yattendon fete and enjoying the Jubilee Tea  at the Fair Close Centre.

I also joined the team at Swings & Smiles for their ‘Siblings Day’, where it was all about giving lots of special attention to the young sisters and brothers. I couldn’t be prouder of Laura Lewis and her fantastic team, and to be able to support this extraordinary local charity.

Support for our racing industry

Last month, I held one of my regular meetings with the Lambourn Trainers Association, during which we discussed land development, staffing issues and economic pressures.

I also visited some key local charities for the welfare of jockeys and retired racehorses. I am grateful to Oaksey House in Lambourn, a centre that provides specialist rehabilitation services for seriously injured jockeys for hosting the meeting.

And, on the same day, I visited the Valley Equine Hospital in Lambourn and Retraining of Racehorses which rehomes retired racehorses. Their work is so important in dispelling some of the myths about the industry and the outcomes for animals when their competitive years are over.

I met with farmers from across West Berkshire to discuss subsidies, seasonal worker visas, and food production.

Following this, I wrote to the Farming Minister and had a meeting with her. She has agreed to accelerate efforts to increase seasonal workers with the Home Office and meet our farmers in person about their concerns.

I convened a meeting with Highways England to press again for funding to improve safety  on the A34 particularly at the East and West Ilsley Junctions which have seen some appalling crashes in recent years.

They have reassured me that they have reviewed the site and that various funding options are available for safety improvements. Maddeningly it will not be until next year that any announcement will be made nonetheless I will continue to press National Highways and Government Ministers on this until we get there.

It was a pleasure to join many others from across West Berkshire to celebrate 80 years of Hungerford School. This place plays such a key role in the lives of children, their families and very often mums facing extremely tough circumstances.

I learnt so much from everyone I’ve met there on my visits and it was very special to join Suzanne and the team for a brilliant morning.

I am well aware of the situation at Park House School following the recent Ofsted investigation and fully appreciate local concern about findings revealed in the report. As a result, I have met with Greenshaw Learning Trust (who will be taking over management of the school from the 1st September) to discuss the improvements they will be putting in place from September including – crucially to safeguarding and the leadership teams.  The critical thing is that the Greenshaw Learning Trust have an extremely strong track record of turning around schools that are in difficulty and I am confident that Park House can look forward to significant and rapid improvement

It was also very special to visit the revamped Keevil Unit at Speenhamland Primary which educates children with very high-needs in a mainstream environment. I am under no illusions as to how hard this work can be, and the crucial role they play for families and I am both delighted that they have such a fantastic new premises and will continue to call for improved funding in Parliament.

Finally, you might be interested to know that I write a regular column in the Newbury Weekly News. These cover a range of topics and recently I wrote about the action being taken by the Government to tackle the rising cost of living, and the rail strikes. You can also read these columns here.