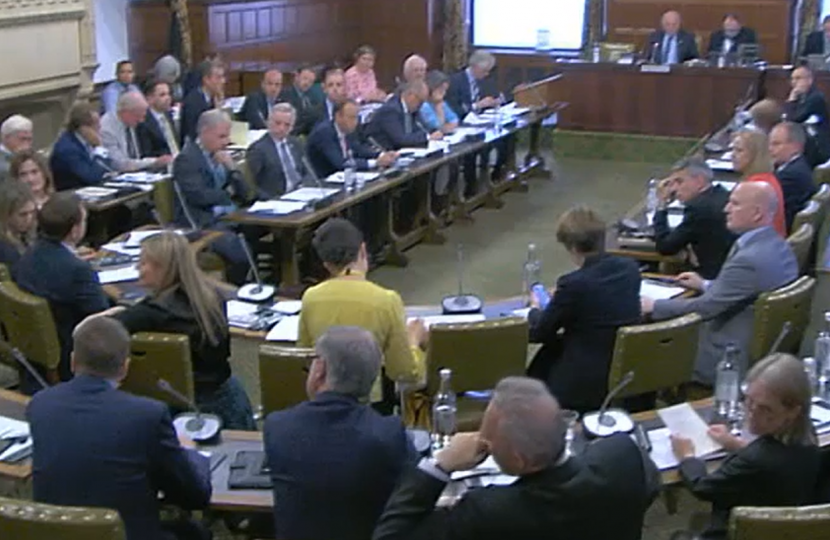 Numerous constituents have written to me in recent weeks asking me to attend the Assisted Dying debate that took place in the House on Monday, and I’m so glad they did.

It was the first time that the Commons had debated the issue for seven years and the debate that took place in Westminster Hall was packed with MPs and campaigners.

Of course the issue is complex and sensitive but also poses fundamental moral questions. Should people have the right to choose the manner and timing of their death; deciding at a time of their choosing when the pain and suffering occasioned by illness has become too much? Is it right that, at present, the only route available to them is to travel to the Dignitas Clinic in Switzerland (at an average cost of £10,000) which is available only to those with resources  and the support of someone to take them?

On the other hand, what if legalisation facilitates exploitation? Might an elderly, frail and unwell person become vulnerable to an unscrupulous family member or beneficiary hoping for an early inheritance?  Or would they potentially apply this pressure to themselves, fearing that they have become a burden on those they love and convincing themselves and their GPs that it would be easier and better for everyone if they “just got out of the way”? Further, have we truly exhausted the possibility that improved palliative care might be a better solution?

I haven’t found any of these issues easy to resolve. However, this is an issue on which my thinking has definitely evolved and has undoubtedly been influenced by my constituents who have told me about their own terrible suffering at the end of life or who have witnessed their loved ones dying in painful and undignified circumstances.  I want to pay tribute to those in West Berkshire who have written to me about their personal stories.  Like Mary* who wrote to me in heartbreaking terms about her husband’s recent diagnosis of terminal cancer. She said, “I can’t bear for my husband to go through all this with my two boys seeing it. I can’t express how broken I am”.

In all good conscience, I cannot feel sure that this is not an option I might want for myself in the future. So I think it is fair to say that I am now persuaded by the principle of assisted dying but am yet to be persuaded that the safeguards currently proposed are sufficiently robust. That doesn’t mean that I don’t think sufficient safeguards might be created. In fact, I have some ideas of my own. In the meantime, I undertake to work with Ministers and see whether we can change the law in a way that provides sufficient safeguards at the same time as giving people the end of life dignity that they deserve.