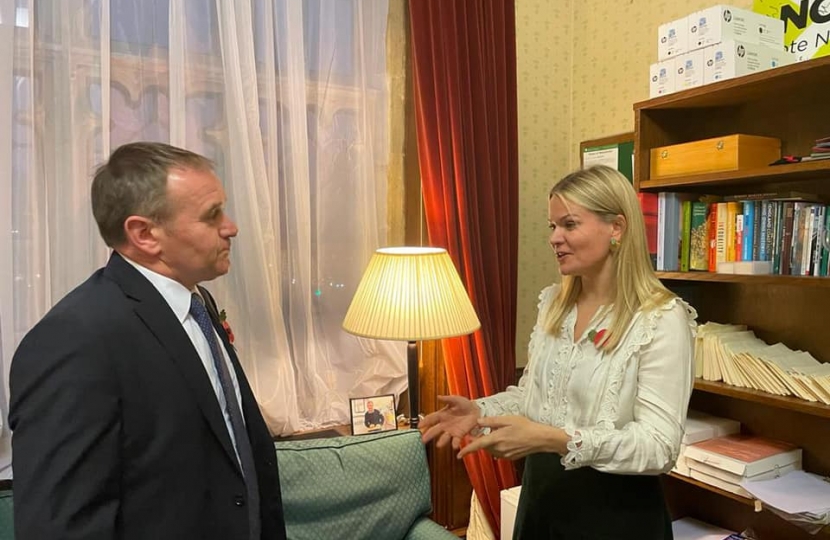 Tonight the Commons will vote again on the Environment Bill and specifically the issue of storm overflows and sewage discharge.

Claims that failing to support the previous Lord Amendment meant that I was voting in favour of sewage discharge were never true.

I said at the time that there has never been any difference between us and the Duke of Wellington on the principle of eliminating sewage. The issue was one of cost and practicability.

I have however listened to my constituents on this issue and spoken to Ministers on several occasions over the last week or so to develop this commitment. Today the Government has put forward its own amendment which goes further in that:

1. It creates a requirement for the Government to produce a report setting out:

-The necessary costs and steps required to permanently and significantly reduce sewage discharge;

-The necessary costs and steps required for the complete elimination of sewage discharge.

I went to see the Secretary of State this afternoon who told me that it is confirmed that both Reports will be completed in September 2022.

2. After that, statutory objectives will be set by the Government, in a new Statutory Plan and enforced by the Office of Environmental Protection (which itself is a creation of the Environment Bill) and the Environment Agency.

3. As I put in an earlier post there will also be

- A new duty directly on water companies and the Environment Agency to publish data on storm overflow operation on an annual basis.

- A new duty directly on water companies to publish near real time information on the operation of storm overflows.

-A new duty directly on water companies to monitor the water quality upstream and downstream of storm overflows and sewage disposal works.

I should add that the Duke of Wellington – who proposed the original Amendment in the Lords – has accepted the Government’s amendment.

This will result in a radical transformation in the discharges that go into our rivers and streams and is something that I will continue to work on locally including on further flood prevention infrastructure in Lambourn, Thatcham and – in the year ahead – Great Shefford.

Protecting our natural world and working towards a greener future.